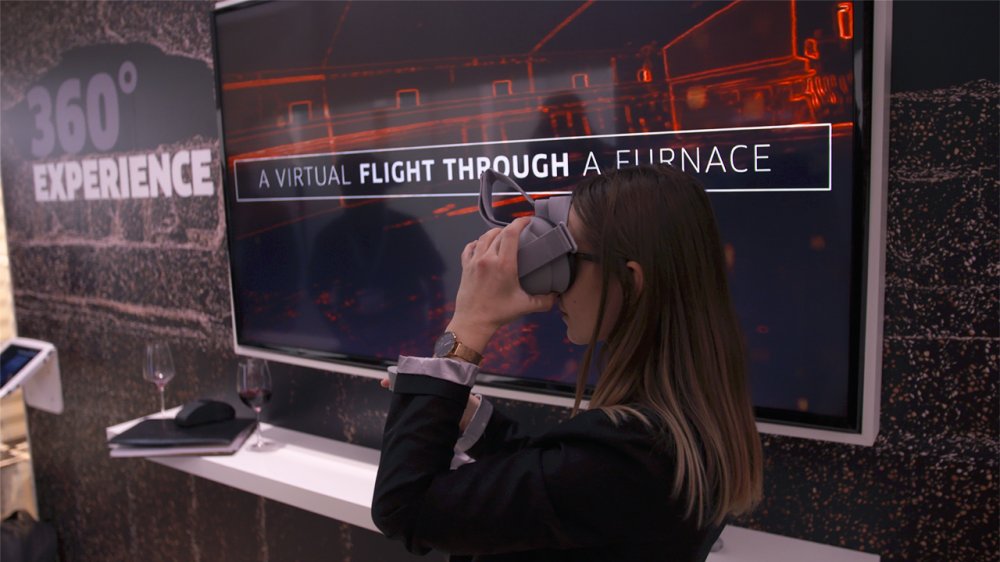 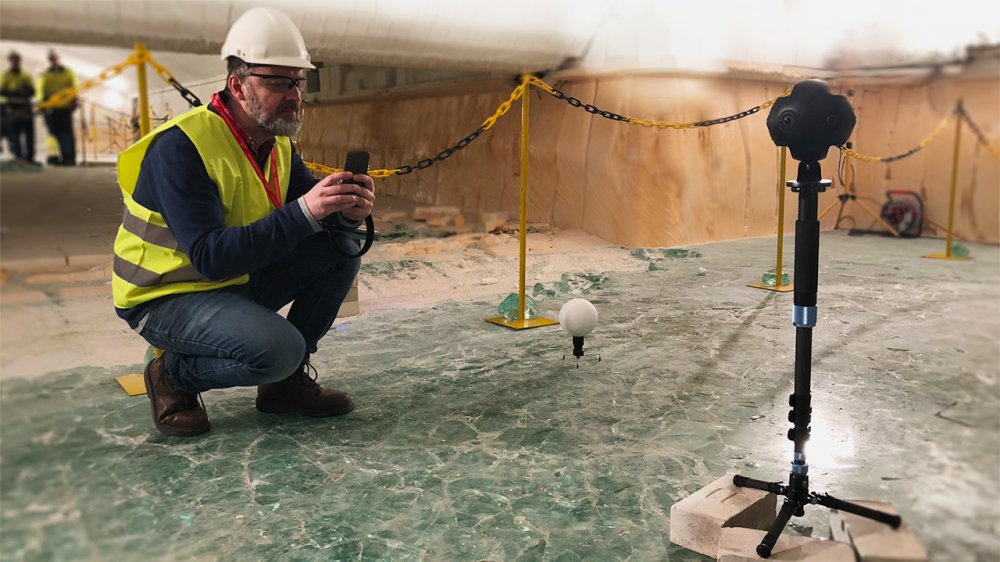 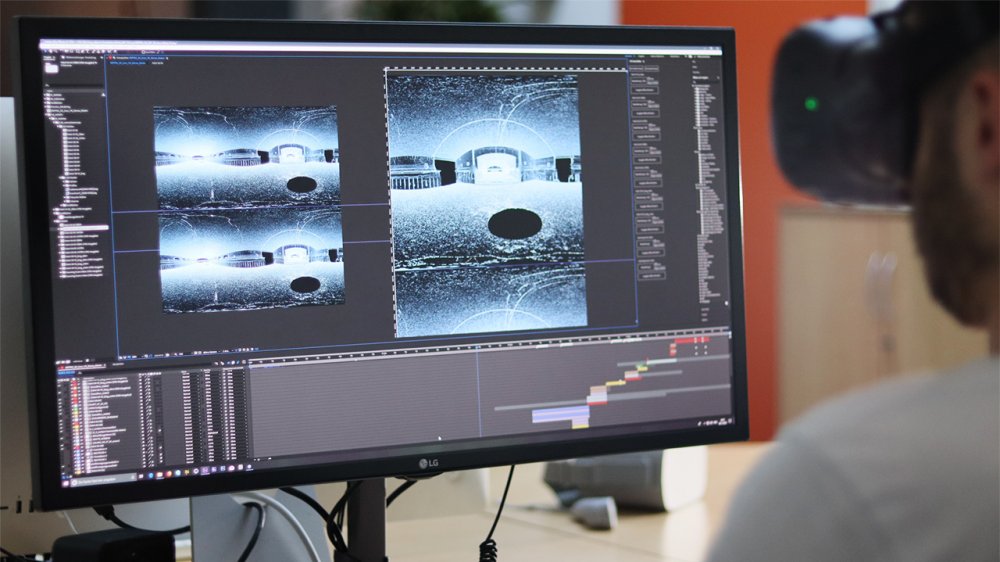 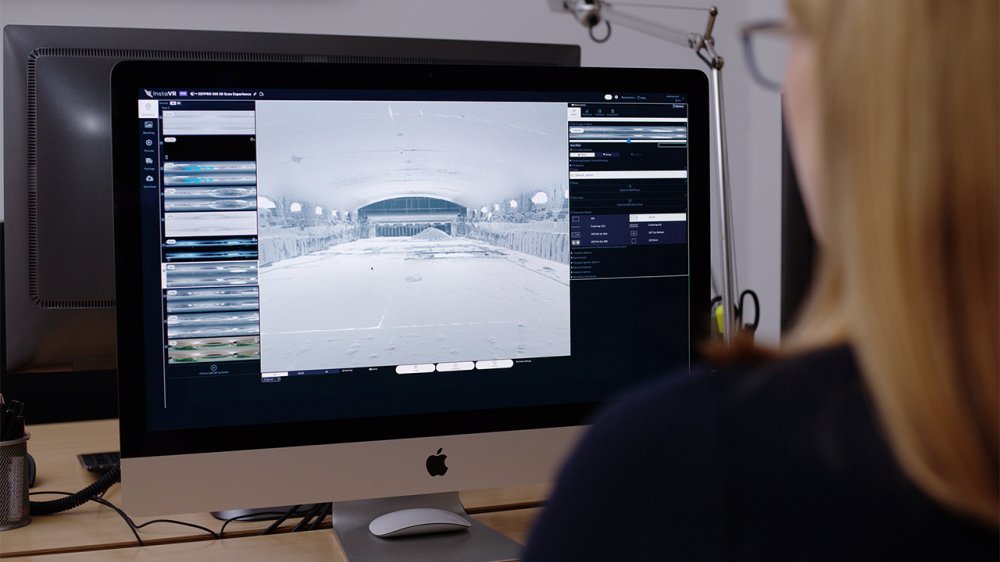 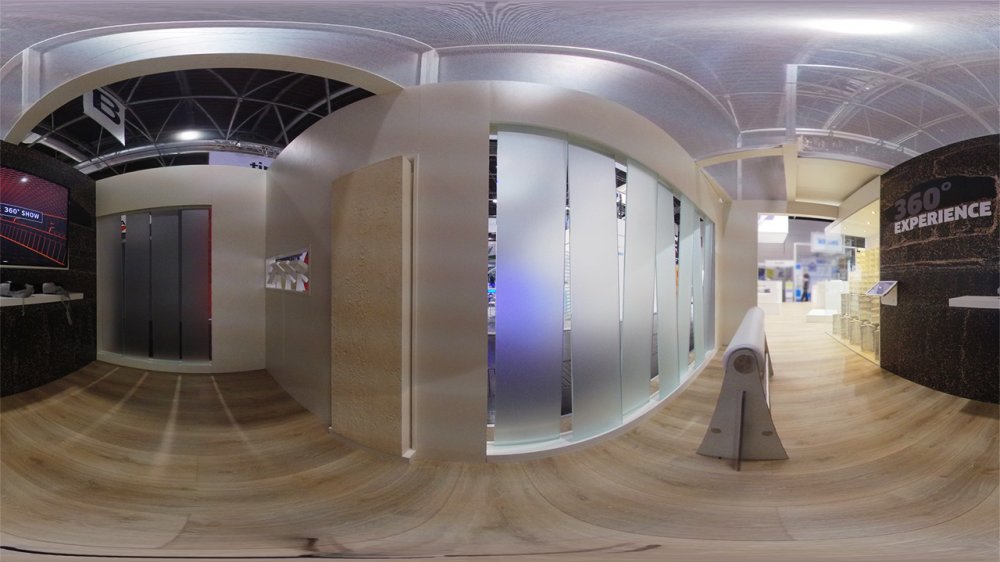 As a prelude to the production of VR 360° videos, we have produced a special trade fair film for our client SEFPRO.

SEFPRO - the world market leader for materials for melting furnaces - offers its customers a unique service. After a glass melting furnace has been shut down, SEFPRO engineers scan the furnace in order to derive findings for the optimization of the furnace design. In order to document this service in an understandable and impressive way, we were commissioned to produce a trade fair film.

It quickly became clear that a 360° video production was exactly the right solution, because only a few people in this industry had the opportunity to see the inside of a decommissioned kiln. With VR 360° video technology it is possible to show everyone what a furnace looks like from the inside and, at the same time, explain how a 3D scan works.

Shortly after we presented our first ideas to SEFPRO, we had the rare opportunity to be there when a furnace was shut down. There, we were able to film a service team at work that was scanning the furnace with a Lidar 3D scanner. In addition, we conducted an interview with an expert on site. Due to the short preparation time, we decided to use an Insta360 Pro for all the shots - a camera that enables fast results despite 8K processing. Nevertheless, we shot in a stereoscopic 360°-format, so that the future user can not only turn around in the furnace, but really feels as if he/she is standing in it.

Afterwards, the 6 perspectives of the camera were put together to a single clip by a special software (mistika VR) and these clips were then cut to a film.

In the next step, we produced computer animations from the 3D scan data of the furnace, which fit exactly to the camera positions of the shoot.

So we could switch back and forth between real 360° footage and computer animated scenes: The viewer can immediately see that the real image matches the scan to the millimeter - exactly the message our client wanted to communicate - obviously without lengthy explanations.

Another special feature of this film was that we were able to place the virtual camera in the computer-animated furnace where it was not poissble in the real furnace for safety reasons.

Within 3 weeks, we prepared this film for an interactive presentation for the new Oculus Go and presented it to the public for the first time at the Glasstec 2018 at the end of October.

The response was overwhelming. On the one hand, because most trade visitors have never seen an oven from the inside before, on the other hand, because the presentation technology itself impressed. Already during the trade fair, SEFPRO ordered more glasses for its worldwide sales offices because they saw the opportunity to give customers an impressive experience and, at the same time, talk about their own products and services.

The Oculus Go was the ideal presentation medium: easy to handle, light and, above all, usable without any additional cables or computers. This way, VR 360° Video makes sense and is fun.

In the meantime, we are planning further applications for our customers:

• a virtual factory visit,
• industrial plants whose function is made visible with the help of animations, and
• a virtual test facility for products from the automotive industry.

This production has also shown that the admittedly impressive possibilities of VR 360° technology must never overshadow the story and the user experience. We still see a lot of catching up to do in our industry. Our focus therefore continues to be the storytelling for VR 360° video.

Check out the interview with InstaVR